The teaser on Quote Quest this week is:

“You only live once, but if you do it right, once is enough”

It is, as I’m sure anyone who reads this blog on even the most casual basis, a view that I am fully on board with. I try to apply it as much as possible in all aspects of my life.

Pre-pandemic me loved to travel (and hopefully one day that will be possible again). I love discovering new places, immersing myself in different cultures, seeing new places, trying new foods and, when inspiration files, adding new locations to the “I’ve been fucked/gave Master C a blow-job there” list. Actually, that last was pretty much a given, but there is something about being somewhere new, whether it be on the other side of the world, or just somewhere a few miles down the road that you’ve never visited before, that adds to the richness of life.

I also enjoy trying out new things, from rock climbing to scuba diving, downhill skiing to white water rafting, pedalling sedately round the village, to long tours on my trusty Kawasaki. I do, however have one rule: never jump out of a perfectly serviceable aircraft; parachute jumping is not for me.

Not surprisingly, when it comes to sex, my approach is pretty much the same.

When I split up with my cheating ex, I embarked on what could have been a very destructive path, but, in terms of my sexual personality, turned out to be very much a voyage of discovery. Even before him, I’d already discovered I enjoyed my casual encounters. I’d already participated in and enjoyed group sex activities, but in the aftermath of that break-up, I learned to fully embrace my inner slut and let her out.

Id never felt shame as to my casual fucks before, but I learned that “numbers” didn’t matter. If I wanted to fuck someone, and they wanted to fuck me, then the best thing we could do was just get on with it and fuck. If, on any given night, I found myself in a situation where I couldn’t decide between which of two guys I wanted to fuck more, I’d fuck them both; and if that happened simultaneously, so much the better.

I discovered my penchant for sex that is definitely not vanilla. The masochist in me began to bud (although it would take Master C for it to fully bloom) and I began enjoying sex that was rougher and darker than the sex I had had up until then. I would let partners restrain me more often, I would let them spank me, I would let them pull my hair and occasionally choke me. My latent submissive was being awoken and, when Master C, finally unleashed it, that was the game-changer.

Some of my partners had called me a slut in the past, but under Master C’s tutelage, I began to identify as a slut; I was His slut. Being Master C’s slut allowed me a degree of freedom that I’d never had in a relationship before; I was free to fuck whomever I so pleased so long as I was prepared to pay the price and accept the consequences of my actions.

I wasn’t just Master C’s slut, I was His submissive slut. Through my submission, I found a way to fully explore my relationship with pain and its juxtaposition with desire and pleasure and the exploration of my masochism deepened.

I would find reasons for Master C to thrash me, yearning the kiss of his belt on my buttocks. We would go out in the evening, and I would have clamps on my nipples and a plug up my arse. I would let Him choke me, almost to the point where I would lose consciousness. When His belt wasn’t enough, I would conspire to be flogged or caned instead; the lattice of deliciously painful, angry welts on my arse making me squirm in my seat days later.

And then there was our “Sharing Circle”; that close network of other likeminded D/s participants that added an extra element; whether it be in participating in group activities, or allowing me to explore my humiliation/degradation fetish. There is something about to kneel, naked and bound in the corner of a room watching your Master and several others giving pleasure to another woman while being told you aren’t worthy of their attention, then, to add further insult, have that woman thrash you on their bequest, as they call you a worthless slut, before she “services” them again, before finally, at the invitation of Master C, some of the men shoot their cum all over you, that just does something to me. The pain of being rejected, the jealousy of seeing another woman get to enjoy my Master, seeing her enjoy the attentions of several men while I get nothing but insults, the humiliation of being treated with contempt; they all combine into something that, for me, is so deeply arousing that makes the fucking I will eventually receive from Master B later, when we are on our own, when He rewards me and calls me His “good girl” so much more intensely satisfying than it would other wise have been.

So, yes, for me, a big part of living a full life is that I get to be the masochistic submissive slut who loves to be humiliated and fucked every which way she can. I’ve enjoyed it so far and I hope that I continue to live it fully for a long time to come. 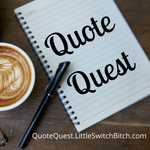 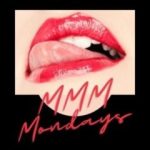 One thought on “Living life fully”