The girl in question was probably in her mid twenties. pretty, blonde curlyish hair, blue eyes, and a very perky pair of boobs. They guy, well to be honest, the only bit of him I could see was the portion of his cock that wasn’t in her mouth, but it certainly looked like a very tasty specimen. I don’t speak much German, but it was pretty obvious he was enjoying the girl’s attentions.

Of course, after a few minutes of having his cock hungrily and enthusiastically sucked, he reaches his climax. Does he reward her for a (blow) job well done, and come in her mouth? No, of course not; he pulls out and blows an unbelievably large load all over her face and boobs. If the average guy produces between 5ml and 10ml of ejaculate, this guy must have been storing it up for months; by the time he was finished, she looked like she’d had a pint of the stuff splashed on her. It did, however, look as sexy as fuck.

As you can see, it has already ticked a couple of my “Fuck Yeah” boxes.

She goes to clean herself up and is told, in one of the few words of German I know, very firmly, “Nein!”

The guy pulls up his shorts and proceeds to back out of the toilet, beckoning the girl, who is still naked, to follow.

So, quite clearly, we are about to have public humiliation. CHECK!

Needless to say, I found this short, seven or so minute clip, extremely hot. The wank and the orgasm that followed it lasted longer than the clip itself.

Part of me wanted to be that girl. The nakedness, the naughtiness, the shamelessness, the sluttiness. Not to mention she’d had the pleasure of having a mighty nice cock to suck on.

Now, on that delicious thought, if you’ll excuse me, I think I need to indulge in another wank. 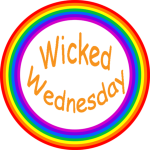 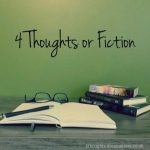