Casual sex is nothing new for me. I’ve always found it exciting, I’ve always been hugely turned on by the experience of sucking some stranger’s cock and then having him fuck my brains out. I’d fucked around a lot before I met my ex, and after he finally left me for the girl he was fucking behind my back, the same girl who’s back he would soon come to fuck me behind, I found myself enjoying the freedom of picking up guys for random fucks.

It was, I admit, a case of seeking affirmation of myself as a woman that men find sexually desirable. It was a bit of an ego boost. In reality, whilst I had a lot of fun, the experiences were mostly empty. The guys I fucked weren’t partners, they were simply living sex toys, to be used for the pleasure derived from them, then discarded.

I fucked without caring. I fucked single guys, I fucked married guys; basically, I just fucked whomever I fancied without any care or consideration. That was, until I met Master C.

I’ll come back to him later.

My ex was a cunt. And, in a way, he turned me into one too. I carried on fucking him for almost 18 months after we split up. Not, I hasten to add, because I wanted him back, nor out of any desire for revenge over the girl he was now with. No, it was simply because the sex with him was the best sex I’d ever had.

He knew me, he knew my body, and he knew how to get inside my head. He could push all my buttons, give me the most amazing orgasms, and satisfy me in a way that none of my casual encounters ever could. Sex with him was a drug and I was addicted. And, like all addictions, it was potentially destructive.

Then I met “The Other Guy”. It should have just another casual fling, but somehow it became more than that. The sex was good, very good, he was interested in me as a person and not just as somewhere to stick his cock.

For a while, I was fucking both him and my ex and, I’ll admit, it was one of the most amazing periods of fucking I ever had.

Somehow, though, although there was no commitment or exclusivity between us, I valued the time I spent with “The Other Guy”. He made me feel special, he made me feel worthwhile. I was still fucking random guys but it was him, when he was available that I wanted to spend time with.

Push came to shove when both “The Other Guy” and the ex wanted to meet up with me the same evening. I had to choose and I chose “The Other Guy”. And that was it, the ex was finally out of my life. The fact that I sent him a recording of me having a tumultuous orgasm at the hands (and tongue) of “The Other Guy” was something I took great satisfaction in.

That might have been it, but it wasn’t. Despite the fact we enjoyed each other’s company (both in bed and out) and spent a lot of time together, “The Other Guy” weren’t a couple and definitely weren’t exclusive. He worked away a lot, and there were times when I wouldn’t see him for weeks on end and, well, I am a cock-hungry slut who likes fucking, so when he wasn’t available, I continued fucking any guy who took my fancy.

Then, a few months later, the man who would become Master C entered the picture; and with him I made the most earth shattering discovery. He unleashed Morag the submissive.

I’d never considered myself to be submissive. I’d enjoyed a bit of spanking play in my past, but who doesn’t? Looking back, however, the one thing that my most successful sexual relationships, both with the ex and with “The Other Guy”, and indeed, Master C himself, had in common was that they are all very physical and sexually confident men. I allowed them, albeit unconsciously, to dominate me.

Master C tapped into that side of me and nourished it, bringing it to the fore. I realised that submission wasn’t just about discipline, although that is very much a part of it, but it is about trusting the other person, allowing them the freedom to do whatever they will, giving them the power over you but knowing they won’t abuse it.

Master C has taught me, that it is perfectly OK to be a slut; that I am free to be who I am and express myself how I desire but there are consequences to my actions. I don’t need to seek affirmation from the guys I fuck, because I have a Master who affirms me. He doesn’t simply punish me with His belt, he teaches me and guides me. He gives me the confidence to express my wants, to measure my failings objectively and to see my own self worth. He is my guide and teacher as well as my Master. 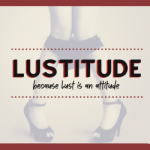